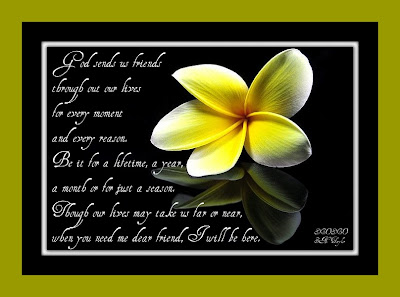 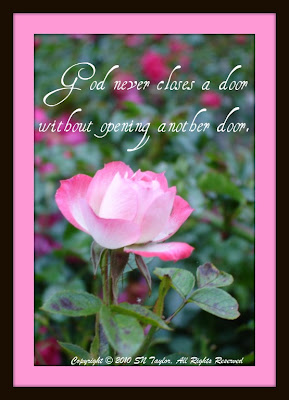 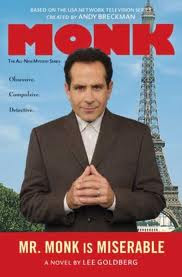 I love to read. Comedy. Drama. Science Fiction. Mystery. Anything Atlantis related. I love to read. But the story has to be good! I hate romance novels or any novel in the above genres that have way to much sexual content. But I absolutely LOVE Mr Monk. It is partially true, books are much better than the movies that are made about them. The writer of Monk has done equal, hilarious justice to both! I began watching the show last year. Mr. Monk and his OCD's are hilarious, though I can't imagine working for him. But knowing some of his background you kind of get where his behaviors come from. Annoying as his OCD moments are, he nearly got himself killed in one episode because he refused to take a key from a lady's mouth because of her germs :D, they contribute to his ability to catch the one (or few) details that other detectives miss and always closes the case. Mr. Monk is Miserable is about his trip to Paris from the point of view of Natalie Teeger, his assistant. Mr Monk travels to Europe to chase down his therapist but finds murder cases along the way. To get a break, Natalie blackmails him into going to France where she hopes to have a long overdue mini vacation. It is amazing how many dead bodies drop at their feet before they even make it to the hotel! Poor Natalie! The body count climbs as they discover a plot that they can't seem to shake, no matter how much Natalie tries.

This novel was so fun to read. I could see the story unfold in front of me as I read as if I was watching the show. I could see and hear Monk's voice, his mannerisms, his quirky ticks and behaviors and most importantly his facial expressions, ranging from shock, horror, disgust, pride and happiness (while cleaning the streets of Paris.) There were so many funny, in a Monk kind of way, scenes that were purely hilarious. Another good thing I like about this book is that it proves 'sex' does not make a book great, funny or sellable. I definitely recommend this novel if you like comedy, adventure and a good detective mystery.
Posted by SN Taylor at 6:22 PM 2 comments:

Gentle reminder: Do not despair. 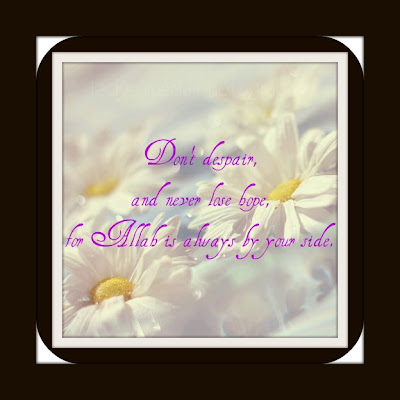 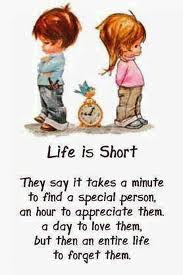 Today is the day I honor a few lovely blogs I have found inspiration, motivation and good laughs! I chose these blogs because they are unique, wonderful and all promote literacy! :) this month's award is the Beautiful Blogger Award. 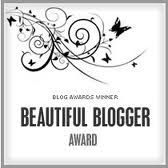 And the award goes to:

1. Readertotz: A great blog dedicated to raising the bar of board book. Parents of young toddlers will love the reviews of a variety of board books, find fun poems that little ones will enjoy listening to and lots of resources.

2. Are you a teacher or a parent looking for some insight into your child's education? Then this site, Classroom Talk is a great resource as Maggie Cary, a certified teacher and educator, shares resources for families that have questions about school/parenting issues.

3. Do you love poetry? I do. So check out Poetess-Fida Islaih's blog. Her poems are as unique and touching as the poet herself.
Posted by SN Taylor at 8:26 PM 2 comments:

Native Deen: My Faith, My Voice

Once again, these brothers did it again! Love, Love, Love!!! My faith, My voice!
Posted by SN Taylor at 8:23 PM No comments: 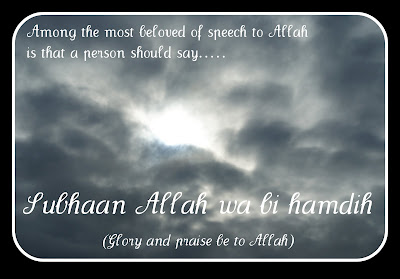 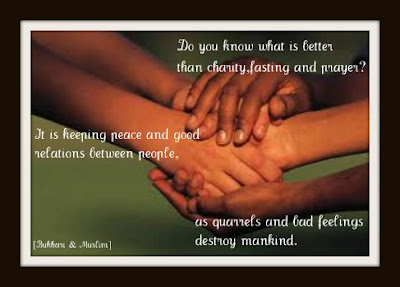 You know the old saying "stick and stones may break my bones but words can never hurt me," well, words can hurt. Words can betray. Words can destroy. Words can kill. Especially if these words are not choosing carefully. "Chew your words before spitting them out," I learned this from a story book for kids (of all books :D) It is very true, far too often people speak in the heat of emotion and say things that have the opposite effect than they attended. Today, more than ever, do we need more tolerance, more patience, more wisdom in choice of words, more peace, more calm, more compassion, more mercy and more of the "love thy neighbor" spirit.
Posted by SN Taylor at 7:42 PM No comments:

Tuesday Thought of the Day 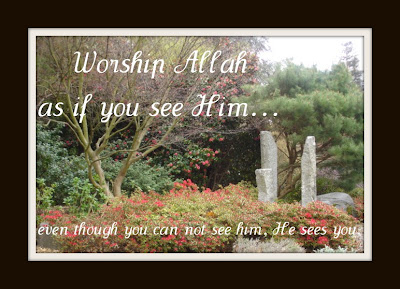 Copyright © 2010 SN Taylor, All Rights Reserved
Posted by SN Taylor at 8:15 AM No comments: 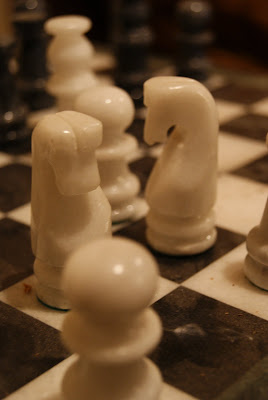 I visited my brother the other day and saw he had a chess game set up. Not sure if he were playing or not but it was out. I never understood the game. I used to watch it being played and actually had a elder try to teach me. I got fed up because of all the rules and concentration it required. 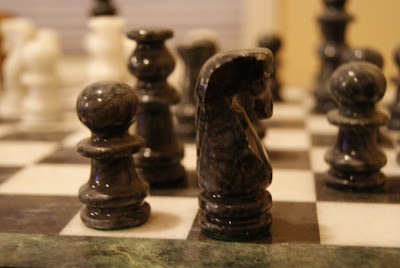 Chess is a mind game. It requires the player to strategically think out not only his own moves, but also try to predict his opponents move. While it is just a game, it seems like there are some benefits to playing it. I did a little reading about the game and found some really interesting information about the psychology of chess. Apparently playing chess has some benefits as well, like improving ones brain, increasing concentration, promoting good memory.

Not really sure if I will every try to learn how to play chess but I loved reading all about the sport, including its origins and history all the way up to modern day chess.
Posted by SN Taylor at 10:15 PM No comments: 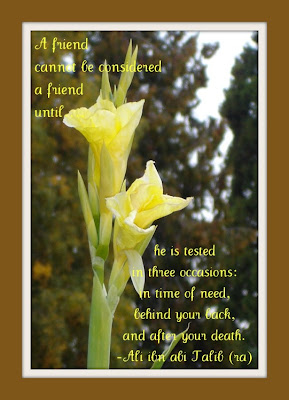 I am grateful for all the friends in my life! Allah (God) has truly blessed me.
Posted by SN Taylor at 8:53 PM 2 comments: 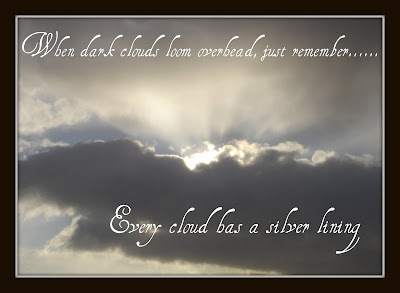 
Yes, it is true, every dark cloud does have a silver lining! Tuesday was, let's just say, not one of my best days. Transitions have started early for my classroom. I have two new children and boy did it feel like I had twenty! Nothing went right, one child would scream or cry causing a domino effect resulting in the rest of the class breaking down. Nap-time nearly brought me to tears. Not much sleeping happened on that day! Needless to say, by the end of the day, not only were they tired, cranky and hungry, they were so done with each other and the classroom! BUT! those same children today did much better. In fact, I got to see them smile, laugh and play. :) I got to see their sweet personalities. It will probably be a couple of weeks before they are fully comfortable with their new room, teachers and classmates, but I am happy we are on our way!
Posted by SN Taylor at 9:30 PM 1 comment: 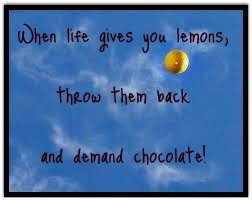 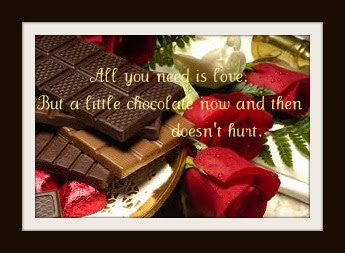 If you have had one of those days, where nothing went right. You were constantly misunderstood. You head was in a cloud. You felt over-worked and under-appreciated. Then this is for YOU!
Posted by SN Taylor at 7:05 PM 1 comment:

Recipe for the Perfect Hug 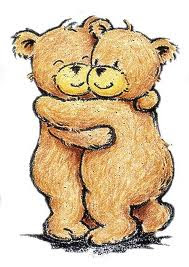 Extend arms and wrap them around each other. Clear your minds, take a look at each other, then pull yourselves together and mix well. Serves 2. 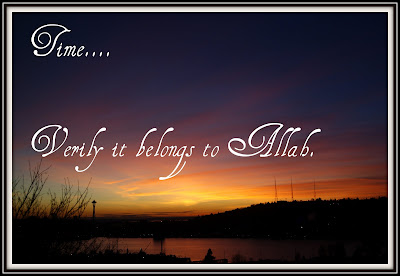 Copyright © 2011 SN Taylor, All Rights Reserved
Posted by SN Taylor at 1:19 AM No comments: